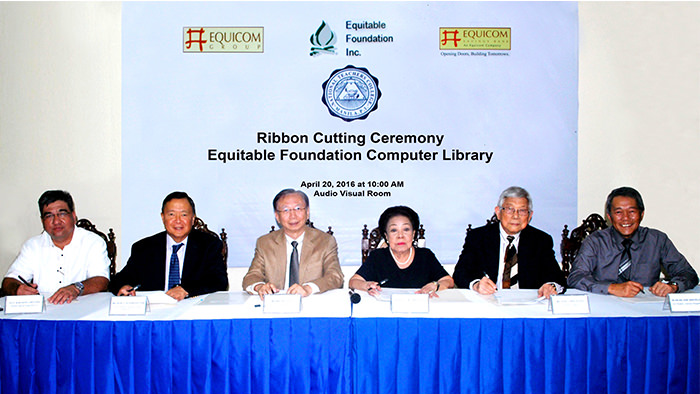 Equitable Foundation, Inc., a non-stock non-profit organization and a proud member of the Equicom Group, officially turned over 40 brand new desktop computers and accessories to National Teachers College (NTC). This is in line with the thrust to advance information technology in the said institution.

The NTC computer room has been named in honor of the foundation and is now called the Equitable Foundation Computer Laboratory.

NTC is a client of Equicom Savings Bank (EqB) through its Legarda branch.