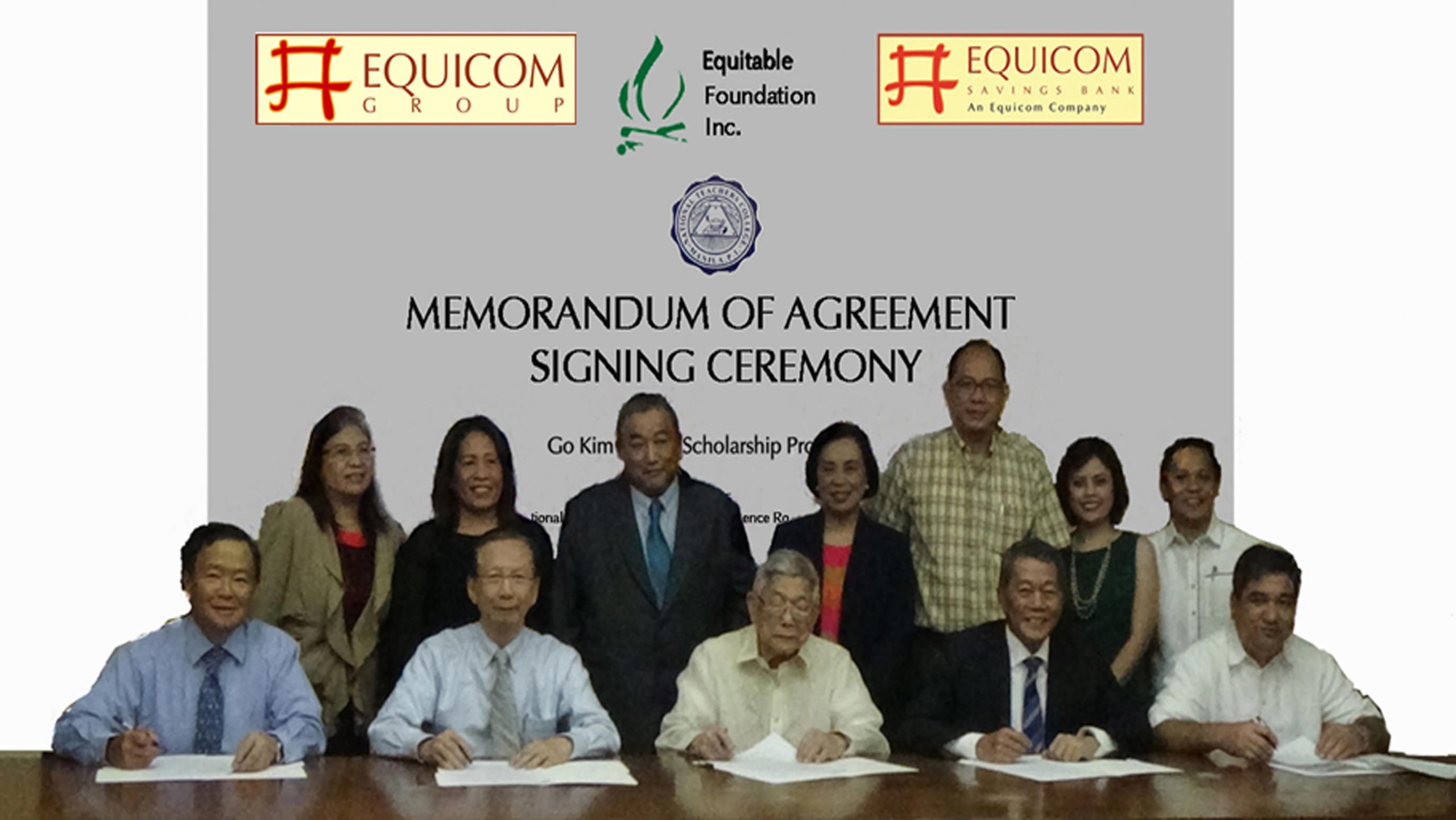 The Equitable Foundation, Inc., a non-stock, non-profit corporation and member of the Equicom Group, has partnered with National Teacher’s College (NTC) to support students pursuing a Bachelor’s Degree in Accountancy. Starting from the 2015 – 2016 school year, qualified students will be beneficiaries of the Go Kim Pah Scholarship Program that will pay for their education starting with their freshman year until their graduation.

The partnership was formalized through a signing ceremony held during NTC’s 87th founding Anniversary. NTC is an existing client of Equicom Savings Bank (EqB) through its Legarda branch.